Happy 12th birthday, Facebook – what’s next for the world’s most powerful tween?

Facebook turns 12 this week. That’s right, 12. I think that makes it a ‘tween’ in today’s parlance. Pfft, it’s not even a millennial. That being said, it’s one heck of an impressive tween. Darling of the markets, it’s THE social network and has swept away all that came before it.

Figures released this week show that nothing has changed, or is about to, in its dominance of social and the culture that flows from it. It has 1.5bn active users, and made $5.4bn in a quarter. Not bad work for a tween.

When I first heard about Facebook, I was just putting the finishing touches to my MySpace page (I believe I was making it rain glitter and shit). I had about 50 friends and thought I was the bee’s knees. “The Face Book? Sounds rubbish,” came my reply, although I was a go-to computer guy so I thought I had better check it out.

You know where this story is going… dear reader, I married it. Well, at the very least I began a nine-year torrid love affair with it (as Facebook reminded me at the top of my newsfeed last week). I’ve fallen in and out of love more times than I care to mention – just like any other tween.

Why has Facebook triumphed in terms of both users and revenue, when we see other networks struggling? Twitter has flat user growth and the markets are not impressed, while Google+ has died (again). A whole host of networks can only dream of the impact that Facebook has made, not just financially, but societally and culturally. I would suggest it’s down to one thing – data, and the monetisation of that data.

Facebook has managed to convince users to share more data with it than any other network – the pay-off being the ability to connect with the people they know and love across the world for free.

Facebook knows everything about you, your likes and dislikes, and has allowed advertisers to target those proclivities precisely. It now provides ads powered by kudos – leveraging the power of the people we know to position relevant messages alongside them. Ultimately, people are its product.

Broadening its outlook
Facebook has been fiendishly clever in building its scope by acquiring businesses like Instagram and WhatsApp, which has more than 1bn users. Its vision is to own the new frontiers of human interaction, through technologies like Oculus Rift. It won’t be long before we’re all in ‘Facebook World’, with experiences indistinguishable from real life (all featuring carefully placed brand messages, no doubt).

But, like the life of any pre-teen, it’s not all roses. There are dirty socks in Facebook’s bedroom

Facebook has never been afraid of reinvention, making frequent layout and newsfeed changes (despite user resistance) to optimise the experience for users and advertisers alike. And those advertisers aren’t just multinationals: 50m small business are now using Facebook pages to engage with customers..

Wonderful stuff, but, like the life of any pre-teen, it’s not all roses. There are dirty socks in Facebook’s bedroom. Ultimately the platform allows propaganda and untruths to disseminate unfettered. And a world where we see what we ‘Like’, is one where our own world view is constantly reinforced, with nothing being challenged.

Facebook has also begun to see a profound shift in the demographics of its user base. My dad, who has no idea what a social network is, is now a fully fledged Facebook warrior, sharing borderline racist and blatantly not true copy-pastes into the wee small hours. How can Facebook stay relevant to a younger audience now the ‘olds’ are in town?

So it’s been an impressive, world-changing 12 years. What do the next 12 hold? Facebook’s Atlas will give businesses the ability to connect digital and real-world data, while users will begin to experience Facebook in new ways, through virtual reality and beyond. Facebook’s dominance may seem guaranteed, but in this digital world we’ve created, no one is safe. Just ask MySpace. 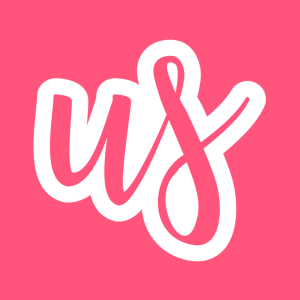